This week children continued to explore the concept of changing colours in particular to the season of fall and what better way to build on this than to introduce the children to a chameleon, and this is where Eric Carle's 'The Mixed-Up Chameleon' came into play.

Children listened to the story which tells a tale of a chameleon who keeps wishing to be like the other animals he once saw at the zoo until his body is all mixed up with different body parts quickly realizing that he is happiest when he is himself. 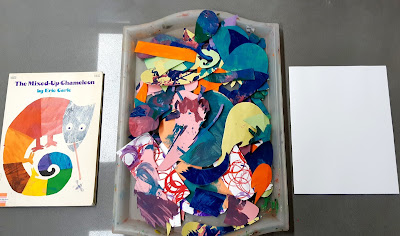 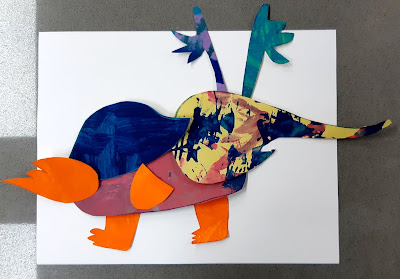 Cut out shapes and sizes of every kind to create your own mixed up animal. 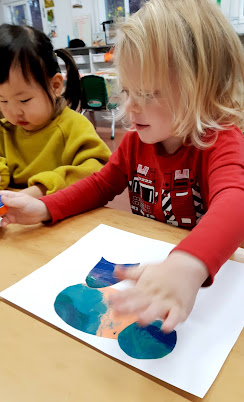 "This is my mixed up cat", said Jules looking for parts that will make up his creation. "I need ears for my cat." I stop and wonder the kind he will pick.

You have it it mind, you bring it on paper. 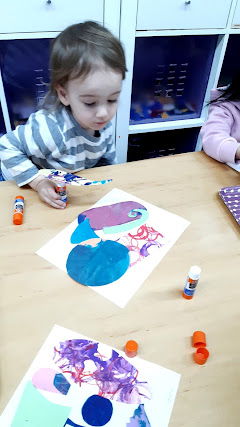 "Aleshia look, I made a mixed up chameleon" exclaimed Wyatt.
"I see the tail" I say, "yeah, here" answers Wyatt pointing with his finger.
His thrill with glue and the story still fresh in his mind show in his art.


"I am making a flamingo" smiles Chelsea while Estella decides to use various shapes without naming her creation.
I see the parts that tell of a whole new story. 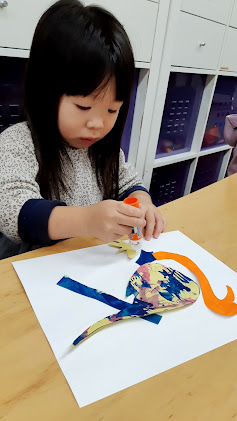 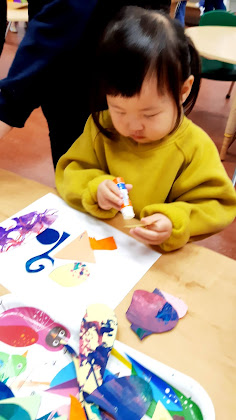 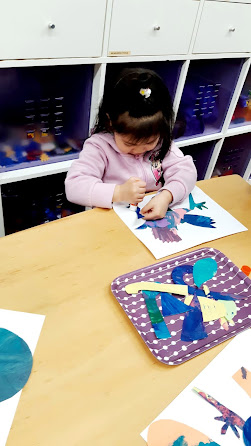 Hanon making eye contact says, "Mine has wings" with a giggle, "It's a bird. It is funny"
After all, being mixed up is quiet funny!! 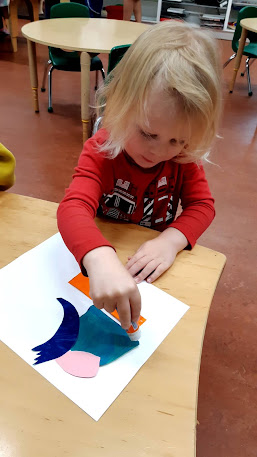 Jules, "I want to make another one." flipping the paper.
"I wonder what are you thinking Jules?", I ask.
"It is a mixed up tug boat. This is the siren." with excitement in his voice.
It makes me wonder how imagination flows so effortlessly through their thoughts, interests and experiences.
It's value lies not in its results, not in the product of creation but in the process itself. It is not important what children create, but that they do create, that they exercise and implement their creative imagination.
Lev Vygotsky
at October 17, 2020 No comments:

This week, along with the official start of autumn, children welcomed the season with exploring all kinds of leaves and their changing colours. 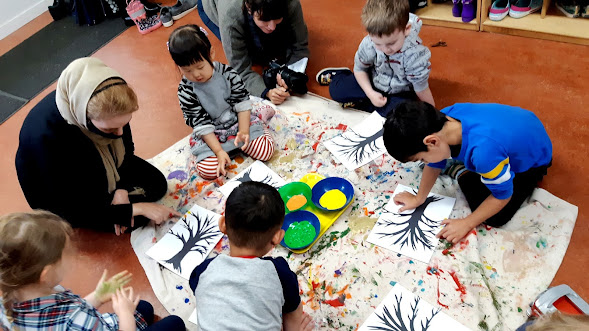 Autumn colours show on your paper
The trees are mesmerized with your imagination
Some leaves on, and some on the ground
You create a your unique sense of the season 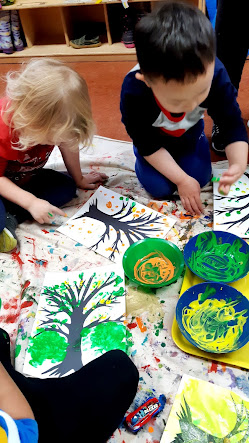 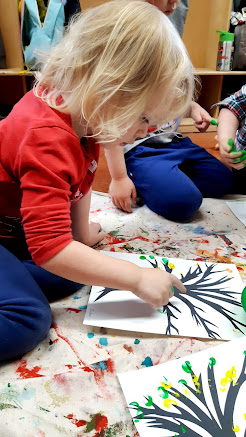 Harmony of nature and imagination 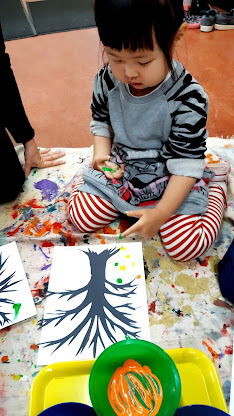 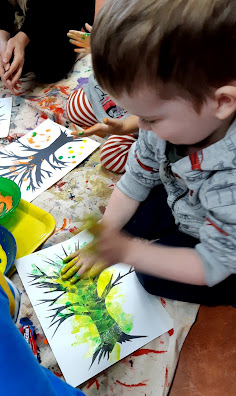 Lacing leaves - yellow, orange, red and brown
All shaped so fine for you to hold
You immerse yourself in the activity, concentrating and problem solving 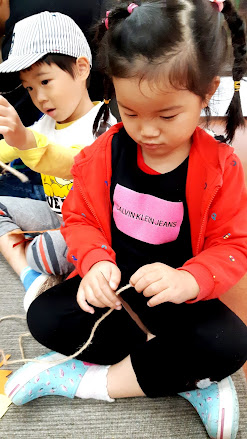 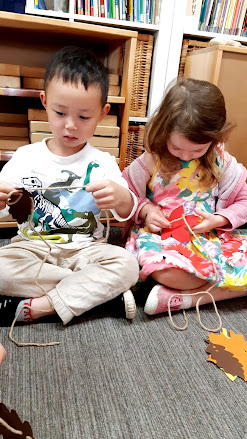 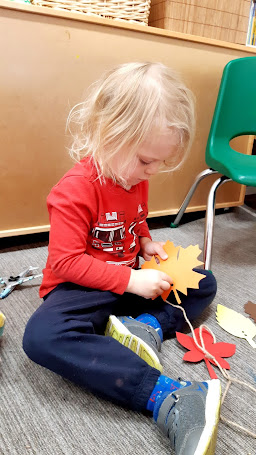 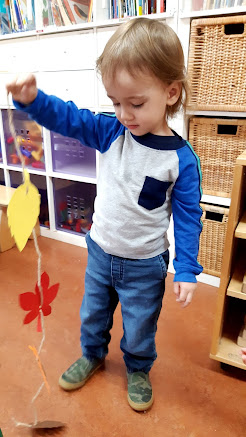 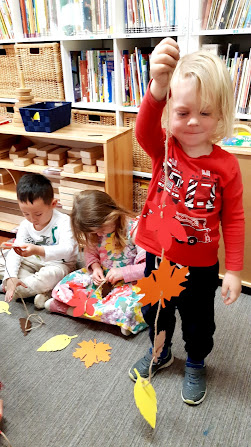 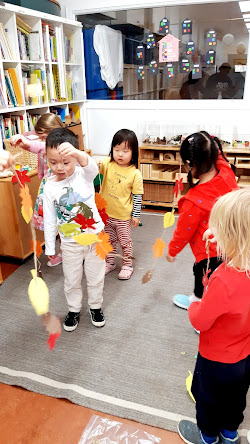 Pete the Cat I Love My White Shoes

After exploring the story of Pete the Cat I Love My White Shoes,  the children went to experiment with stepping into paint and walking on paper as they left footprints to investigate. The children made use of their senses - a sense of feeling, a sense of trust, a sense of texture, a sense of experimenting.... 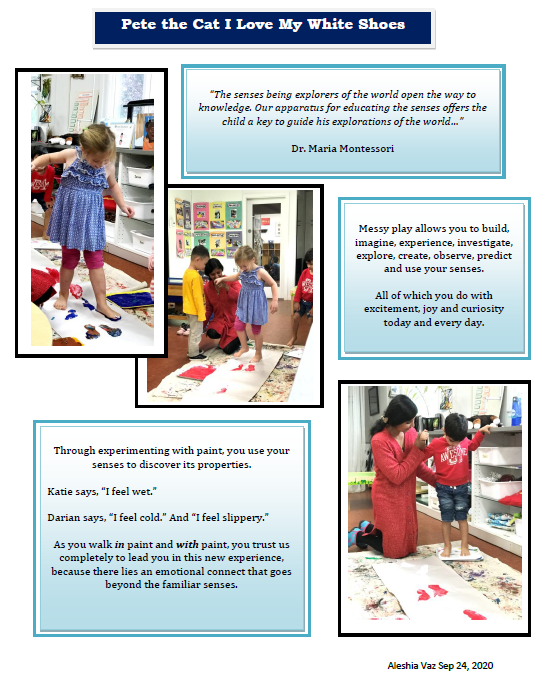 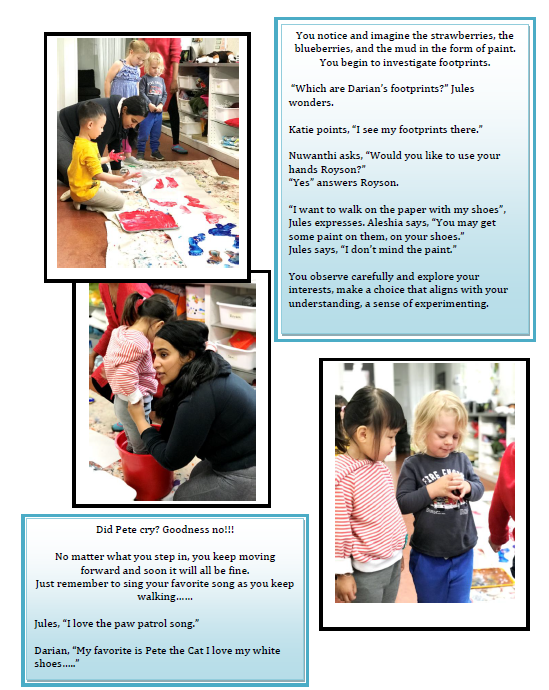 The children imagined the kind of shoes they would like to create and wear. They were handed a pair of cut-out shoes to be coloured and laced in their own little way. Their imagination and creativity went heaps and bounds. 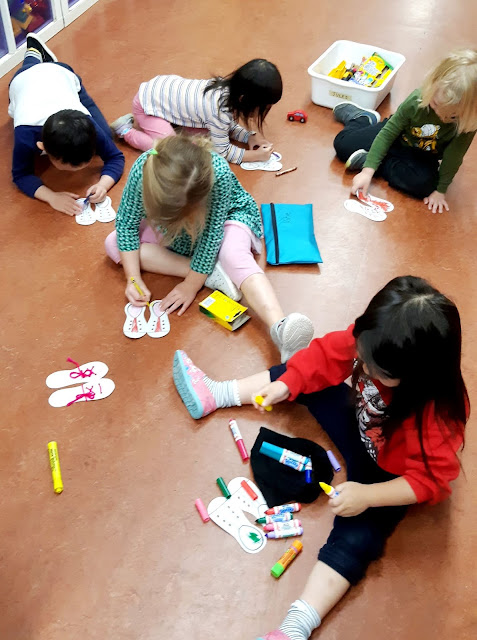 Chelsea, "I want to make mine rainbow shoes." 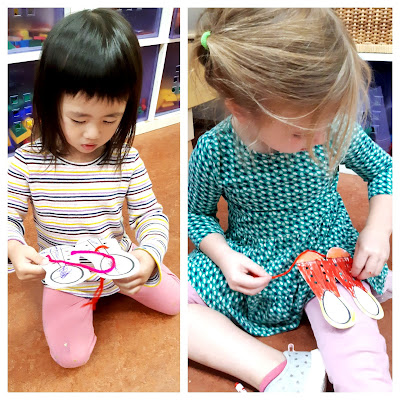 They slow down and focus, pay attention to detail as they concentrate and co-ordinate their efforts. 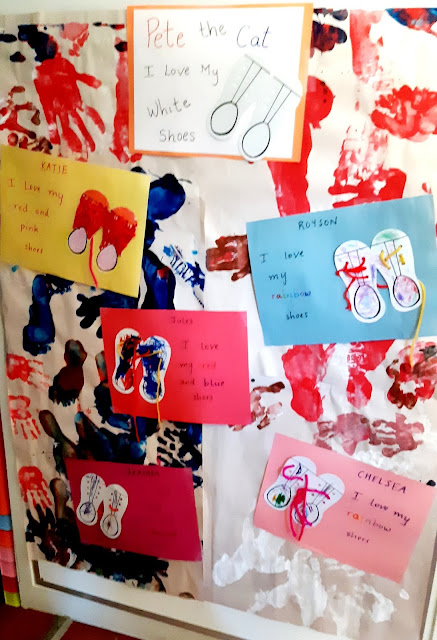 Homes - Visit to Sunny the Pony

An investigation of homes.  After starting a small unit of inquiry on homes (ongoing)- how people, plants and animals live together well. The children went on a fieldtrip to explore Sunny's home. Here is a documentation on their visit based on the questions that the children asked the caretaker and their wonderings and connection to Sunny and his place of shelter. 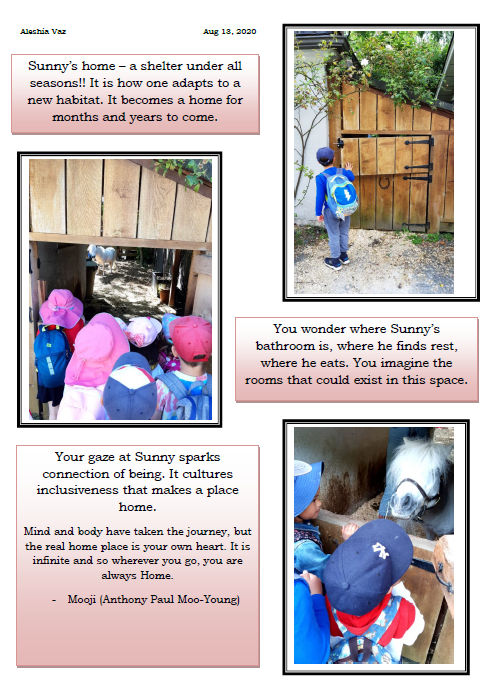 Aleshia Vaz
My name is Aleshia Vaz and I moved to Canada from India. I have a master’s degree from United States and my experiences stem from my work in India, United States and Canada. I currently work at Creative Minds Early Learning in Vancouver. I am very passionate in my work with children. I view children as active participants that are fully potential and capable. My personal idea of being with children is to provide a child-led space within a community-based approach, where learning takes place through experiences and social interactions; it is where children feel safe and curious to explore their environment. I hope to engage with children, providing an experience without deciding what that experience could be to them. My hobbies and interests include painting, bicycling, travelling, exploring outdoors, road trips and meditating.